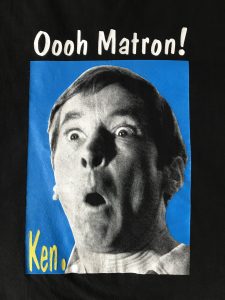 This is not my usual kind of article but between my father-in-law falling on bended knee like someone seeking divine inspiration, breaking it in three places in the process, his wife passing out and face-planting the kitchen floor like Tom Daley swallow diving into an empty swimming pool and me realising that the old waterworks have rusted up, I’ve spent more time in medical facilities recently than at my laptop and achieved little by way of word count.

At this point I have to thank to Alexander Armstrong and Ashley Banjo for bringing The Real Full Monty to the small screen. Without this humorous but informative prompting it would have taken much longer for me to recognise the significance of some annoying symptoms. From turning on the tap but waiting for the hose to work to dribbling more than England’s Raheem Sterling, and squeezing the tube dry while feeling like there’s always a bit still left in the sump, I realised they were talking about me. Age related? Possibly but why risk it? Cue a trip to the local quack followed by a double blood test.

I found myself whisked in for a hospital consultation due to a sharp rise in prostate specific antigen (PSA) levels over a two month period. Having followed the request on my letter to not pee for two hours, I asked on arrival at reception whether they needed to do any ‘dip‘ or other urine tests. “No, go ahead and pee,” she said. Fast forward to the consultant’s room where I protested innocence when told I should have done a ‘flow test‘ first. Then, without the preamble of dinner, flowers or chocolates, and before I could do my best Kenneth Williams “Oooh Matron” impression, yet another doctor had my ring on his finger, up to third knuckle and jabbing like the lift button was jammed! “Is that uncomfortable?” he asked sweetly. I thought I’d been called in for a biopsy not another finger buffet but it turns out an MRI scan comes first so in I go again tomorrow. If that shows I need the biopsy I’ll get an appointment to be ultrasound probed with something akin to an albino cucumber and pincer snipped (twelve pieces they take!) like some alien abductee.

Having dutifully drunk two pints of water, off I toddled to the hospital pharmacy to wait for pills while farting out all the air the doc had pumped into me with his fat, latex-coated digit. Fast forward another hour and I can now pee enough into a plastic toilet with a jug placed underneath on weighing scales to satisfy the attached laptop. That’ll do nicely, said the nurse as I waddled out like John Wayne missing his horse, my bum cheeks sliding together from the copious amount of gel like two jellyfish fighting in a goldfish bowl. The final insult was having to pay £5 in parking fees for the privilege of being held captive and violated, and with the knowledge that I have to return.

Despite the discomfort, am I sorry I started this? No, it might be nothing but I might also have saved my life. But no more talk of bottoms now – it’s a sore point!