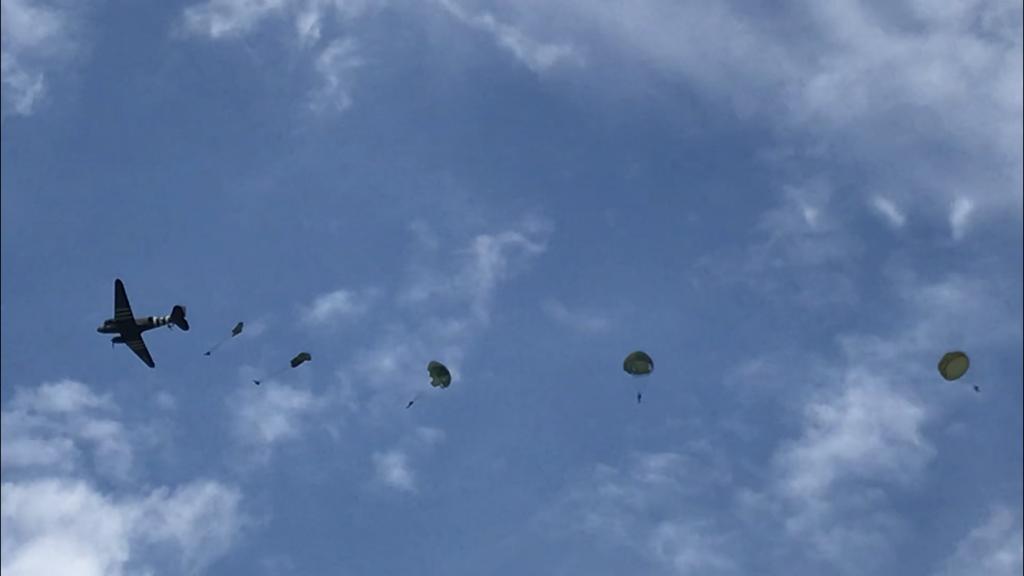 I get my inquisitiveness from my Dad. He was fascinated by all sorts of stuff and took me to the galleries, museums, castles, stately homes and historic places of London and the South East when I was a boy. Growing up during World War Two gave him an interest in all things military so he would take me to the Biggin Hill Air Fair and the old Royal Tournament, around the Imperial War Museum and National Maritime Museum, and to see the Tower of London and HMS Belfast.

I followed my Dad’s example, taking my daughters to places that would bring to life whatever they were learning at school. A project on crossing the channel had us on a Le Shuttle day trip to France and watching the ferries from the white cliffs above Dover. Another on the world wars saw us exploring the trenches of Beaumont Hamel and Vimy Ridge in France.

Today’s technology means you don’t need to leave your chair to view the world but I often want to see it for myself. Having watched the film Battle of Britain as a nine year old in 1969, I have since been to several sites used in the film. Two of these are the Kent Battle of Britain Museum housed in surviving buildings at RAF Hawkinge, and the Imperial War Museum’s working airfield at Duxford. I have explored pill-boxes and coastal defences in Kent and Sussex, and been in the old control tower of the long gone RAF West Malling. I’ve visited museums, a rocket factory at Peenemuende, V1 and V2 launch sites, Mittelbau-Dora concentration camp, Hitler’s Eagle’s Nest, underground bunkers and many other fortifications throughout France and Germany. I’ve seen the German Underground Hospital on the Channel Island of Jersey, ridden/sailed in wartime amphibious vehicles and stood in the Culver Down coastal battery on the Isle of Wight. These are endlessly fascinating to me but you can get even closer to the history.

Watching massed squadrons of Spitfires and Hurricanes fly over Biggin Hill, dozens of C47 Dakotas taking off from Duxford for Normandy and volunteers recreating a D-Day parachute drop at the old RAF Headcorn are emotive sights but ‘living history’ gives you the essence of a period. The Chatham Historic Dockyard and Kent & East Sussex Railway each hold annual 1940s weekends with numerous displays and living history performers in period dress to recreate the sights and sounds of wartime. The War and Peace Revival Show at the Kent Hop Farm has a huge living history area. Many years ago I took my Mum to a ‘hopping’ weekend at the Kent Life Heritage Farm Park. The only holiday many poorer Londoner’s used to get, especially during wartime, was going down to Kent to harvest the beer hops, earning money while getting beneficial fresh food and pollution free air in the process. As Mum got involved helping strip hops off the bines (aka vines) it rekindled her memories of doing the same thing as a little girl.

Talking to knowledgeable people about the clothing they’re wearing and the utensils, tools or weapons they’re using can give you a real feel for a period. It is precisely because of this that I enjoy living history events so much. It brings to life all you’ve seen in books, on TV and in glass cases. Feeling the weight of chain mail or the cold metal of a WW2 machine gun, smelling recently harvested hops or tasting freshly made bread pudding can often draw you straight into a historic period. Of course, authors need to temper their enthusiasm to ensure their novels are sprinkled with period detail, not swamped with research.

There are many, many more such events out there worth a look and I have further visits planned for the future but next year I will experience the ultimate in living history and fulfil a lifelong dream – to fly a Spitfire!