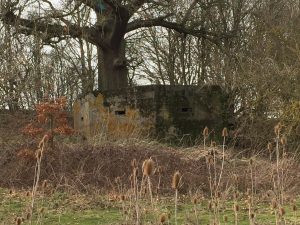 I first received advice to write what you know while in school and thought it made perfect sense. After all, Ian Fleming had been in Naval Intelligence and John le Carré in both MI5 and MI6 before writing their spy novels, whilst Alistair MacLean had been in the Royal Navy prior to writing HMS Ulysses. Even now, Gerald Seymour, Frank Gardner and Val McDermid all cut their teeth in journalism, while Clare Mackintosh is a former police officer, JS Law was a submariner, Kathy Reichs is a forensic anthropologist, Stella Rimington is the ex-DG of MI5, and Lisa Cutts is a serving Detective Constable in Kent Police. All great authors.

It seems having been there and done that still helps you write exciting stuff but reading Agatha Christie as a teenager changed my outlook. Despite her books being littered with bodies, she’d never actually murdered anyone as far as I knew. My pre-internet local library (sadly gone now) taught me how to research the facts I needed for school work. Here I discovered that Christie’s work in hospitals during the two world wars gave her the experience of wounds, death, medicines and poisons she would use in her stories. Light-bulb moment: I could weave information found in the library with my own life experiences to make my creative writing at school more exciting.

I soon came to understand that write what you know could mean many things. Not only could I learn from the practical experiences of others but the emotions and feelings they and I felt could give my characters authenticity and believability. I could read a book by an ex-RAF pilot about flying a Spitfire, watch how my Dad drove his car and draw on my own painful experience of falling out of a tree!

I’ve come a long way since writing those stories at school. I’ve travelled the world, had incredible highs from saying ‘I do‘ and watching the birth of my children, suffered the death of my parents and a close friend, endured illness, had a pretty satisfying career, climbed, trekked, skied, put a rally car into an uncontrolled spin (accidentally) and been honoured with an MBE for charity work. I’ve even learnt archery, scuba-dived, flown a light aircraft and fired guns.

My crime fiction is set in World War 2 so immersing myself in living history affords invaluable insight into past lives. In the space of a year I have enjoyed the Battle of Britain Airshow at Duxford and a 1940s Weekend on the Kent & East Sussex Railway, visited defensive pillboxes in Kent and am looking forward to the forthcoming Salute to the 40’s weekend at Chatham Historic Dockyard.

Drawing on these facts, feelings and experiences constitutes the research which informs my historical crime writing. Anything missing I can get from books, the internet and talking to people. Knowing when to stop researching can be difficult but, as Agatha Christie taught me, there’s no need to commit actual murder.