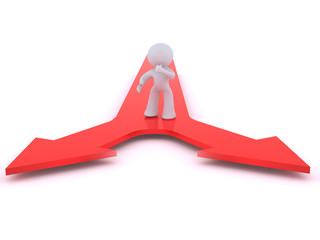 Having always wanted to write about characters I can develop over time in a series of books, I found myself in a curious position. Book One had been written, edited and coaxed through many iterations. It had been drafted, crafted, beta read and re-drafted. In fact, the rough wood had been refashioned so many times I couldn’t tell anymore whether it was still a tree, an ornately carved piece of decorative finery or a set of bland occasional tables.

I had to let go so I submitted to a few agents, pitched at literary festivals, entered competitions and took advantage of other opportunities such as #PitchCB on Twitter. All the while, as much as I believed my crime story was complete, doubts about its quality and worth still kept surfacing. That’s when I applied for the Curtis Brown Creative (CBC) 3-month London based course and hit my first dilemma.

In the months leading towards my application I had been cracking on with the next book. This had made sense at first because I needed to know whether the characters and locations I had created had enough strength and depth to carry them forward. But I had taken the people my characters had become by the end of the opening story and thrown them into a new case. All without knowing what influence a future agent, editor or publisher might have on them in Book One. Should I stick where I’d reached or twist and continue?

My second dilemma was deciding whether I was even telling the right second story. I had wanted to take my characters in a particular direction, in a story set a year on from the events in Book One, but another idea clamoured to be explored first. This new story, set only four months after Book One, clouded my thoughts so I couldn’t concentrate on what I’d already started. Should I stick with what I had or twist and engage with the new story?

In the end, the CBC course not only helped bring on Book One in leaps and bounds but it also changed the way I approached my writing. Having extracts from my novel critiqued by my tutor, course mates and an agent made me realise two things. Firstly, it is easy to let group critiques become writing by committee so I needed to assess valuable but highly subjective feedback very carefully. Secondly, in his book, On Writing, Steven King describes writing for an Ideal Reader, and this started to make sense.

I realised the answer to both dilemmas lay in appeasing my inner voice so I wrote the opening chapters for the new story and felt happier immediately. As rough as they were, I could see where the end of one book fed into the next and knew I had the potential for a series. Taking nothing for granted, I could set both sequels aside for the time being and put all my efforts into honing Book One. After all, without Book One there can be no series.