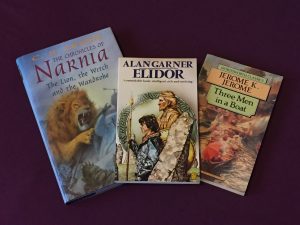 This being my first ever blog post, I thought I’d share how I became interested in writing. It is said that everyone has a book in them but I’m not sure that’s true. Not everyone has either the inclination to complete the thousands of words necessary or the ability to convey an interesting and coherent story. So where does that spark come from?

Many journalists gravitate towards creative writing and there are innumerable examples of people in the public eye (actors, singers, reality stars, politicians, etc.) who have turned their hand to penning fact and fiction books. For me, the catalyst was an incident at secondary school in the early 1970s. Everyone has at least one teacher from their school days that they can point to as a person who inspired them. For me, one of those teachers is Mr Sawyer. He was an exceptional teacher who encouraged all his pupils to grasp the technical intricacies of English and explore its creative possibilities, bringing language and literature to life. It was he who steered me towards the delights of Alan Garner (Elidor), CS Lewis (The Narnia Chronicles), Jerome K. Jerome (Three Men in a Boat), Conan Doyle (Sherlock Holmes), and others.

Having marked each creative piece produced from the week’s assignment, Mr Sawyer would read extracts from those he considered had particular merit. One occasion sticks in my mind because it is that moment more than any other that engendered in me a love of writing. I had not heard the term ‘cosy crime’ back then but that is what I chose to write. The passage from my story that Mr Sawyer read out to the class started with the description of a butler as he opened the library door and finished when the butler said, “You rang, sir?” Hearing my words read aloud made them sound different as if someone else had written them and my classmates listened to every word in silence. The lively discussion that followed was constructive and encouraging, not the criticism and ridicule I had expected.

I have dabbled with creative writing ever since and my first full length book, still hidden in a box somewhere, was created on an old portable typewriter where the ribbon kept sticking on red. Life eventually dealt me a career in the Civil Service where a different type of writing was required but the desire to see a novel written by me on a library or bookshop shelf has never diminished. The traditional path to publication is long and arduous but whenever my confidence wanes I think of Mr Sawyer and am encouraged once again.